FACT CHECK: True! Nigeria is the largest producer of rice in Africa, I4th in global ranking

CLAIM: Nigeria’s Minister of Agriculture claimed Nigeria is the largest producer of rice in Africa, ranking 14th in the world.

On Monday 17th August, 2020, in a report in one of Vision FM’s Flagship Programme in Hausa, Taskar Vision, the Minister of Agriculture, Sabo Nanono, said Nigeria is ranked 13th in the production of rice in the World, and the 1st in Africa.

In the Current Affairs programme aired in all Vision FM Stations in seven (7) Northern states (Abuja, Katsina, Sokoto, Kebbi, Kano, Kaduna and Gombe), the minister said in Hausa, “We are currently the 13th position in Rice production in the World. In Africa we are the 1st.”

The Minister was answering questions as to whether or not there will be a food crisis in Nigeria due to COVID19 Pandemic.

Nanono continued “With what we are seeing, God willing, we won’t experience food shortage like people are expecting.”

“Rainy season is here and people are farming more than they used to. I’m not ruling out that there is no insecurity. But that won’t stop people from farming” he said.

In July this year, the United Nations Secretary General, Antonio Gutteres, said the world stands at the brink of suffering a food crisis the globe has not experienced in the past 50 years.

“Unless immediate action is taken, it is increasingly clear that there is an impending global food emergency that could have long-term impacts on hundreds of millions of children and adults,” Angonio Gutteres said.

He added: “We need to act now to avoid the worst impacts of our efforts to control the pandemic.”

According to the UN, about 820million people are already going hungry, saying the number will definitely rise.

“Our food systems are failing, and the COVID-19 pandemic is making things worse,” he said.

Nigeria is estimated to produce 8 million tonnes of rice in 2020, according to an estimate by the United States Department of Agriculture.

The Food and Agriculture Organization of the United Nations (FAO) source data largely from member countries and based on imputation methodology.

In 2014, Nigeria overtook Egypt to become Africa’s Largest Producer of rice when production reached 6million tonnes from 4.8million tonnes in 2013, according to Index Mundi which sourced it information from the United States Department of Agriculture. 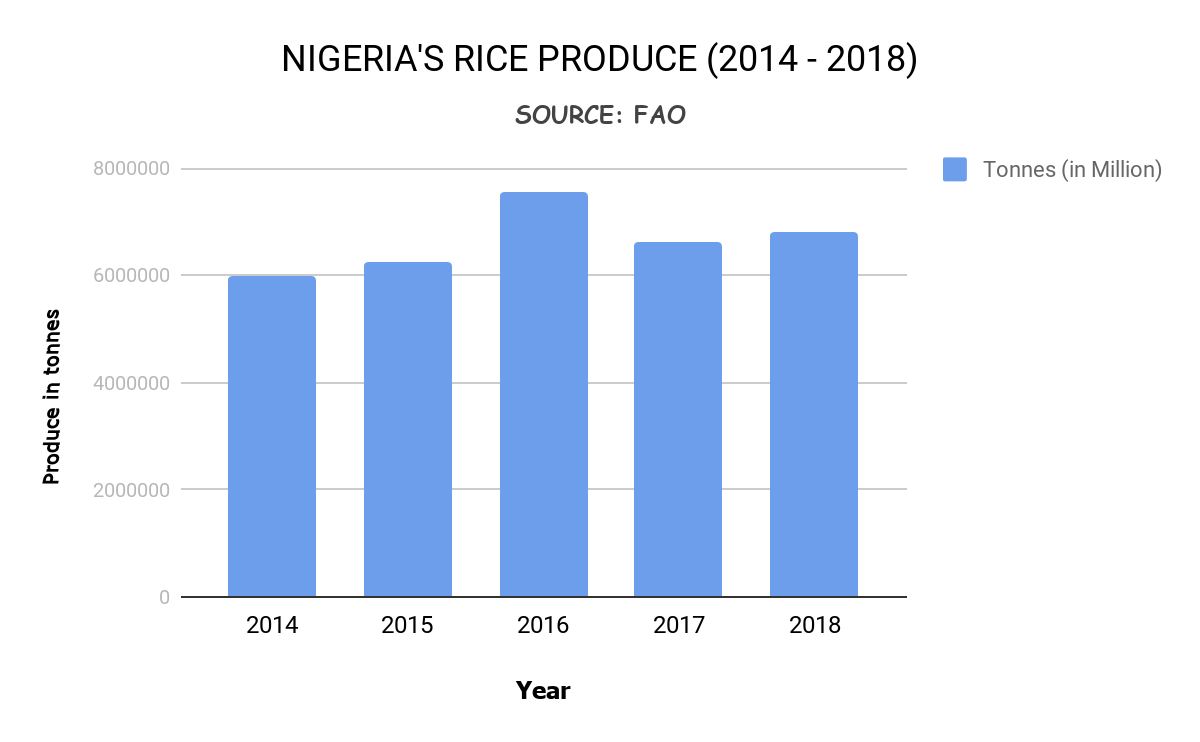 Nigeria only produces 55% of its rice consumption, according to the Rice Industry Review.

In 2019, Nigeria produced 8 million metric tonnes of rice, puting the country among the top 20 producers of rice in the world, according to Data from the Food and Agriculture Organization of the United Nations (FAO).

Although Nigeria has been the largest producer of rice in Africa since it overtook Egypt in 2014, Nigeria is still the 4th Largest Importer of Rice, estimated to import 1.4million tonnes in 2020, according to the United States Department of Agriculture. 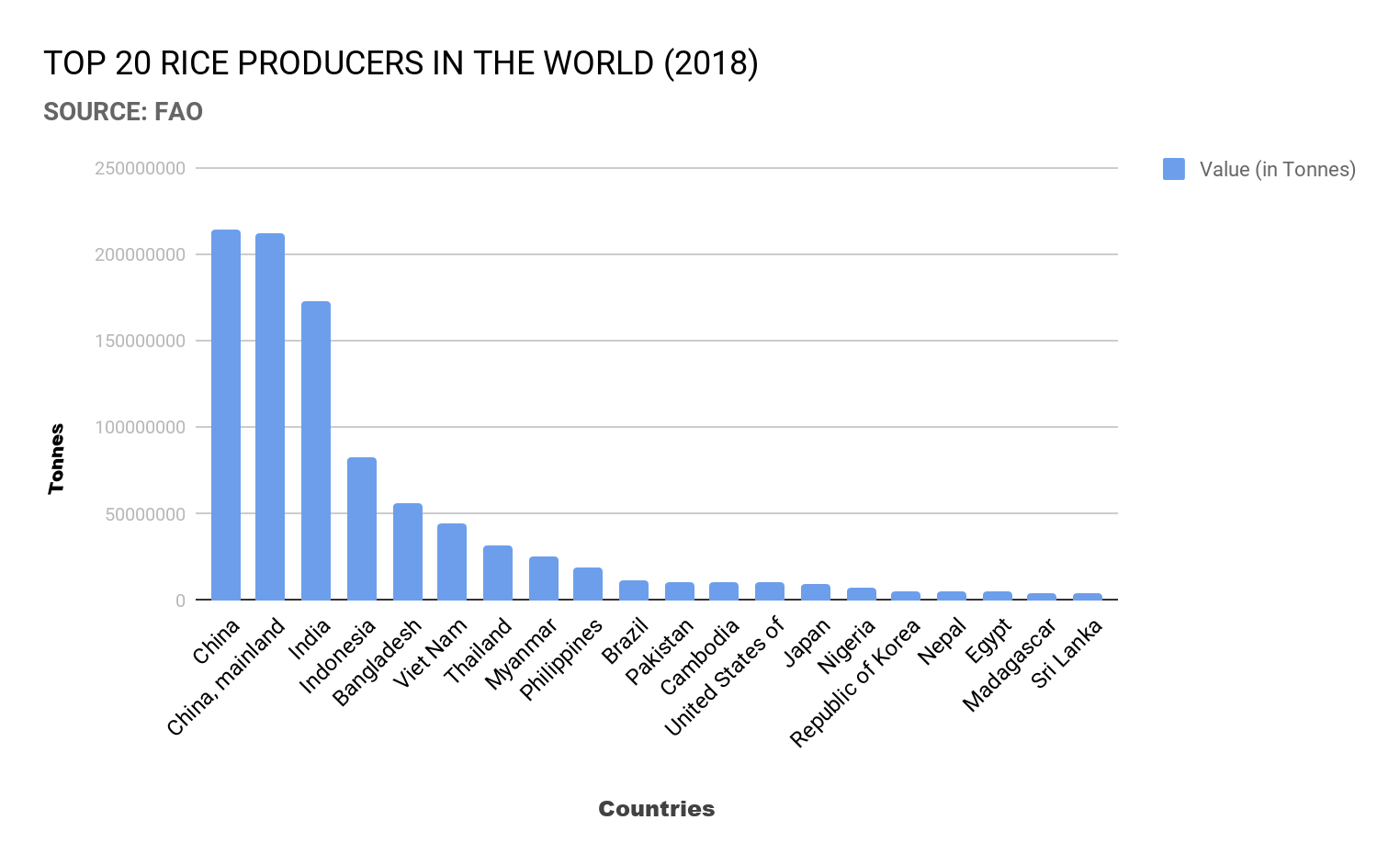 Nigeria still maintains the first place in Africa with Egypt and Madagascar following closely in the second and third place respectively.

The Minister was right with his comment that Nigeria is the largest producer of rice in Africa. Data sourced from the Food and Agriculture Organization of the United Nations (FAO) and United States Department of Agriculture confirm the minister’s claim. Fact Check: True! Nigeria Is The Largest Producer Of Rice In Africa, I4Th In Glo...